USA CUP is glad to welcome KM Torhout - the first ever Belgian team to participate in the tournament. 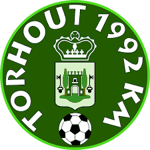 The U14 team will participate in the weekend cup and will also play the weeklong club in the U15 age bracket. Torhout is a small city in close proximity to Brugge, a famous touristic city that also houses the Belgian Club Champion Club Brugge. This team is playing the Champions league the upcoming year and also has some Red Devils in their squad like Thomas Meunier, currently playing at PSG. The teams are not only close in proximity and both teams have also an official partnership in which KM Torhout has the privilege of having youth coaches from Club Brugge supporting the club. The U14 team of KM Torhout is playing in the second level of the Belgium team competition and ended on a 6th place in the last year league which ended in April of this year. In Belgium, we follow the European calendar and so soccer season runs from September to April.

The official team name is KM Torhout 1992 as the team is a result of a fusion between 2 local soccer teams in the city back in 1992. The official team colors are green and black. The clubs have over 500 youth players from the u7 till u21 teams. The team will participate at the USA cup with 10 Belgian players and 6 guest players of Fusion, Minnesota. One of the Belgian players used to play with Fusion for a couple of years and the joined team is a dream come true for that player who sees both the teams now united in this fantastic soccer experience!