USA CUP welcomes boys' team, Calgary Villains FC from Canada. This Team is one of the top groups in the 2005 age group in Alberta.

Calgary Villains Elite 05 Boys reside in Calgary, Alberta, Canada and have been playing Tier 1 Soccer for the last four years. The boys are trained under the direction of UEFA Pro Munib Koric who was accepted to Real Madrid F.C. for his final licensing phase. He is the only Coach in the world who was accepted to Real Madrid in the last four years to do their UEFA Pro. The Team has four players currently involved in the Alberta Provincial Performance Program. Over the past few years, the boys have travelled across Alberta, British Columbia and Saskatchewan to challenge themselves against the best of every Province.

The team is a focused group, training 3-4 sessions and having 1 league match per week. In league play the boys have finished League Winner or Runner Up three of the last four seasons in both Indoor and Outdoor programs.

Preparation for the Tournament has already started by organizing a West Jet Raffle Ticket to help subsidize the costs for the Team. The boys are excited to play new competition against both Local and International programs. The team very excited to showcase their team and look forward to the challenge ahead. 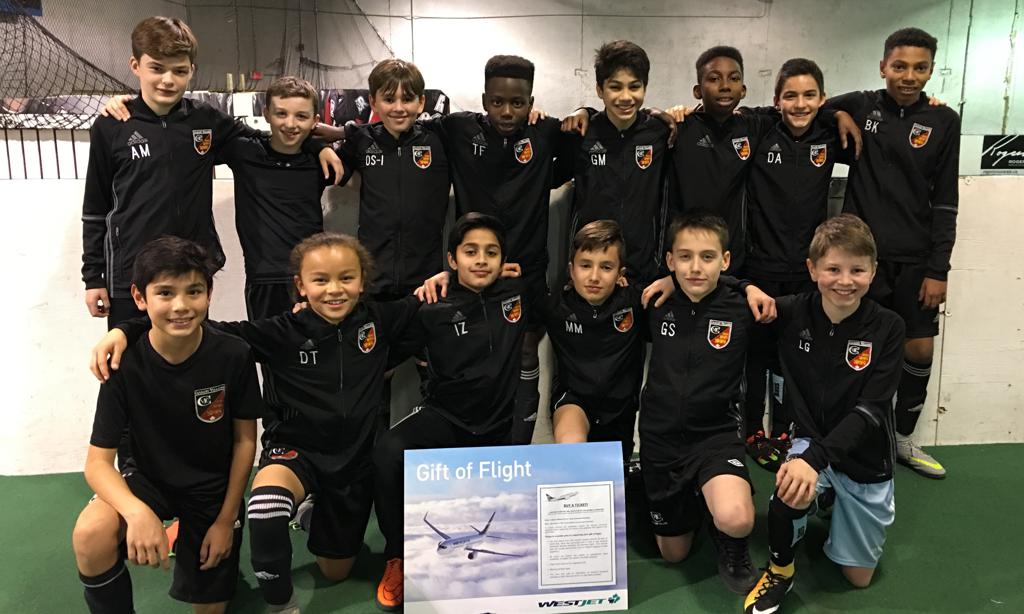