1,168 teams from 15 countries, 17 states and 5 Canadian provinces will be represented

Schwan’s USA CUP is held on the campus of the National Sports Center (NSC) in Blaine, Minn. The tournament is unique as the only tournament of its size in the world that holds all its games on a single contiguous campus. The 600 acre sports campus will offer 51 full-sized soccer fields. In addition to soccer fields, the NSC boasts an 8,500 seat stadium, an eight-sheet ice arena, an 18-hole golf course, and a cycling velodrome. Schwan’s USA CUP is the facility’s flagship event, its largest and most diverse.

Schwan’s USA CUP also distinguishes itself with its extensive calendar of off-field activities – shopping in the Inaria Super Store, dining at one of the many food trucks spaced around the campus, attending evening dances, hunting for the Instagram Scavenger Hunt location each day, or posing for photos with PK, the Minnesota United FC mascot.

In addition to the teams, USA CUP attracts a diverse corps of referees. In fact, this year’s referee group represents more countries than do the teams – 18 in total – including the tournament’s first-ever referee from Pakistan, a FIFA referee named Muhammad Ali.

Media can access a searchable and sortable list of registered teams in an Excel spreadsheet here: http://www.usacup.org/page/show/1551475-schwan-s-usa-cup-media

Here are the highlights of the tournament’s schedule:

Saturday, July 15:
Minnesota United FC vs. Atlas of Liga MX in an international friendly at 7:30 p.m. at TCF Bank Stadium. Many USA CUP teams will be attending this match. 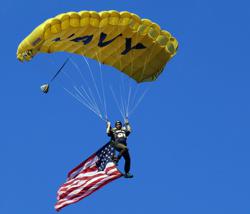 Wednesday, July 19:
Minnesota United FC vs. Houston Dynamo at 7 p.m. at TCF Bank Stadium. Many USA CUP teams will be attending this match, and some will be featured on the field before warm-ups begin.

Saturday, July 22:
Championship Saturday!
Some teams who have been eliminated from the playoffs may be attending the Minnesota United FC vs. New York Red Bulls game at 3 p.m. at TCF Bank Stadium.