Schwan’s USA CUP is posting some impressive viewership numbers for the free live NSC Gamecast broadcasts on fields U1 and U2. By 6 p.m. on Friday, the broadcasts had recorded 49,361 views over the seven days of the tournament, starting July 10.

The live broadcast of the Opening Ceremony on Tuesday recorded 4,187 views. The more heavily viewed day of the tournament, so far, was Thursday, July 16, with 10,610 views for the entire day.

The top six countries with the most viewers outside the United States are Mexico, Canada, United Kingdom, Costa Rica, Colombia and Sweden. 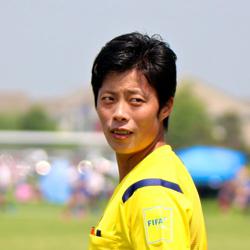 For fans of world-class referees, it won’t get any better than the U19 girls championship game Saturday at 11 a.m. in the stadium. Both the Chinese FIFA referees who worked the Women’s World Cup in Canada will be working that game together with Fang Yan as an assistant referee and Qin Liang as the center ref. 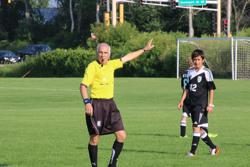