Charlottenlund (CSK) girls 2004 will make their first trip to Target USA CUP this summer. The team is from Trondheim, Norway where the players have been classmates and teammates since they were young.

The girls have become well acquainted and respected within their region of the county. The team plays with enthusiasm in both snowy and sunny weather, always with a smile and happy to play even when they don’t win. The team’s opponents are always met with respect, and the girls value fair play.

Soccer is life itself!

On its journey to USA CUP, CSK has already defeated many teams and has won various cups and leagues. Teammates are proud to be two-time champions of the Skanida Cup and runner-ups of Norway Cup.

Coached by parents and supported by loyal fans, the team loves to play beautiful soccer with clever details, and the girls are ready for new frontiers.

This summer, CSK is going to Minneapolis to participate in Target USA CUP. This is a longtime dream made possible by a good number of work hours from both parents and the players themselves.

Participating in USA CUP has a strong social and uniting focus.

They are soccer players. They play to win. Anything is possible in the game of soccer.

We call them the Dream Team. GO CSK!
Challa! (local greeeting before, during and after match) 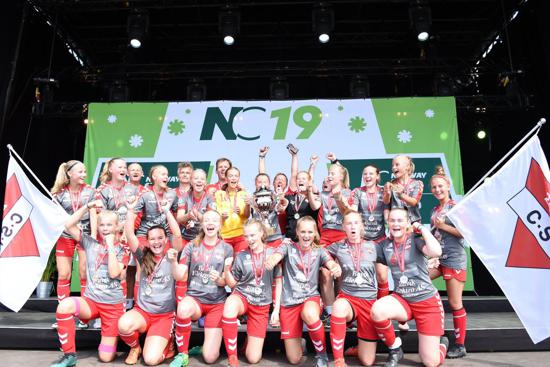