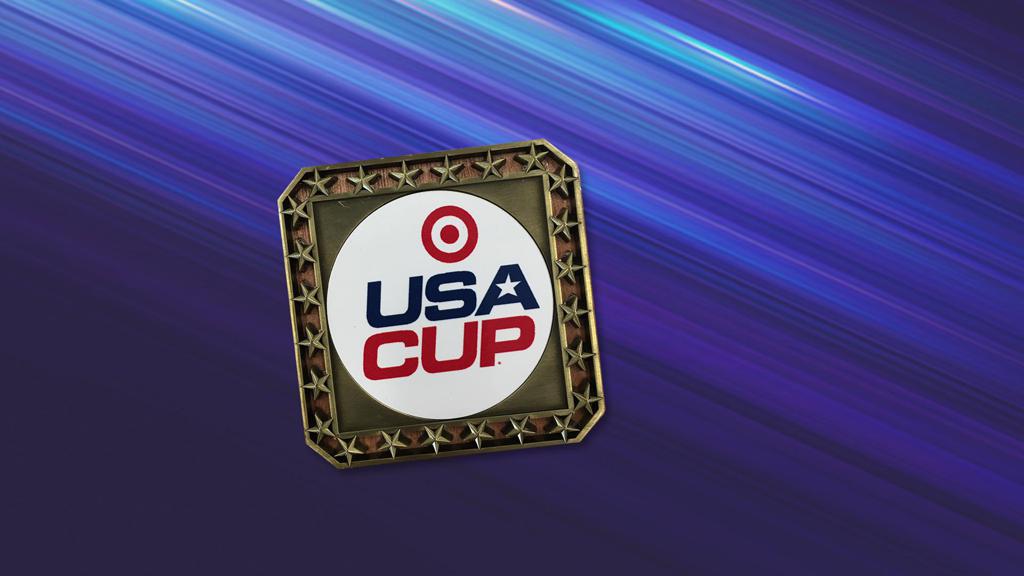 We're back again with the wildly popular Target USA CUP Medallion Hunt! We have hidden the medallion (photo above) somewhere on the campus. We'll post two clues a day, starting Tuesday, July 13.

It's simple. Just solve the clues, find the medallion, bring the medallion to tournament headquarters, and you can claim your prize! Each clue will get you closer to the actual location of the medallion.

We hope this hunt will be fun; not too tough
Our clues may have riddles and an occasional bluff.

The medallion’s hidden within the NSC property line;
Stay on the campus and you’ll do just fine.

You may also safely assume
The medallion’s not hidden in a bath or locker room.

You won’t find it where you might get drowned,
But it may be hidden medium distance from a teeing ground.

The dorm or Sports Hall isn’t where it’ll be found
But another sport location would be a good location to look around.

The NSC offers soccer, the beautiful game,
But to ignore the NSC’s other sports would surely be a shame.

In years past we’ve hidden the prize in all corners of the site;
Both indoors and out, perhaps in or above the ground, but never at a dangerous height.

“L’Etoile du Nord” is Minnesota’s state motto
But for this quest that’s not the direction you’ll want to cast your eye.

And here’s a big hint on just the second day: you’ll find it outside in the fresh air
In a place where leaves shelter it from the sun’s bright glare.

There’s water close, that swells after a heavy rain
A moving stream that flows north into the lakes that form a chain.

And think back to your days in school, math and spelling
The numbers “63” and "L" paired with "7/8" are all locations on maps and signs that will get you close to the medallion’s dwelling.

Open a nearby door and you’ll find the sport in Mighty Ducks played,
The hiding place is really close, in the shade. 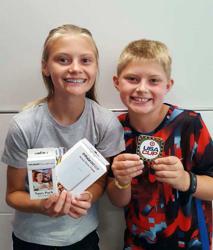 The 2019 Target USA CUP medallion was found on Thursday morning, after clue #5! The winners were brother and sister Patrick and Ellery Tennison from St. Paul, Minn. Patrick plays for the Joy of the People 10U team. Ellery is at USA CUP to cheer her brother on. Here's a photo of proud winners with their prize. And they DO get to keep the medallion!

The medallion was hidden under some rocks, under a tree, outside the door to rinks 7 and 8 of the Super Rink.